This was mostly an attempt at recreating the style of an image I had seen once, but it also turned into an exercise in learning more about SVG and deploying Twitter bots to AWS Lambda.

As it turns out, learning that the word “annulus” exists was the key to figuring out the math needed to create a neat ring effect. 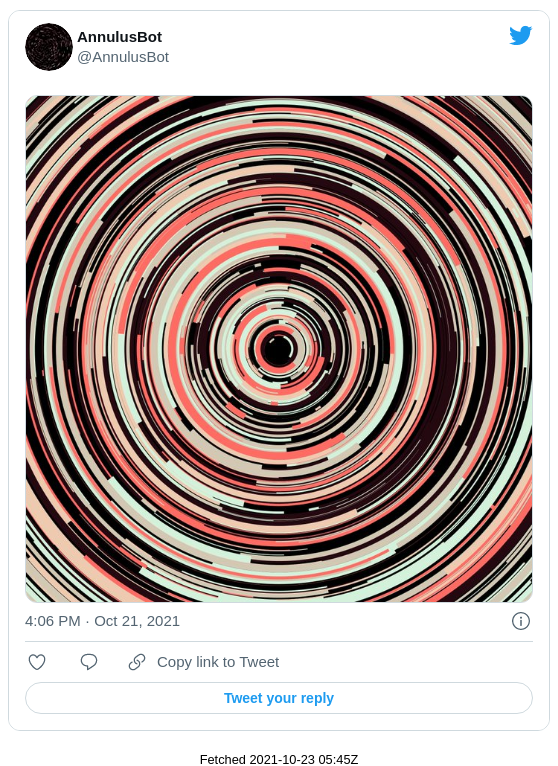 The bot ( @annulusbot) was originally written in Node, but I’ve also experimented with a version rewritten in Go.